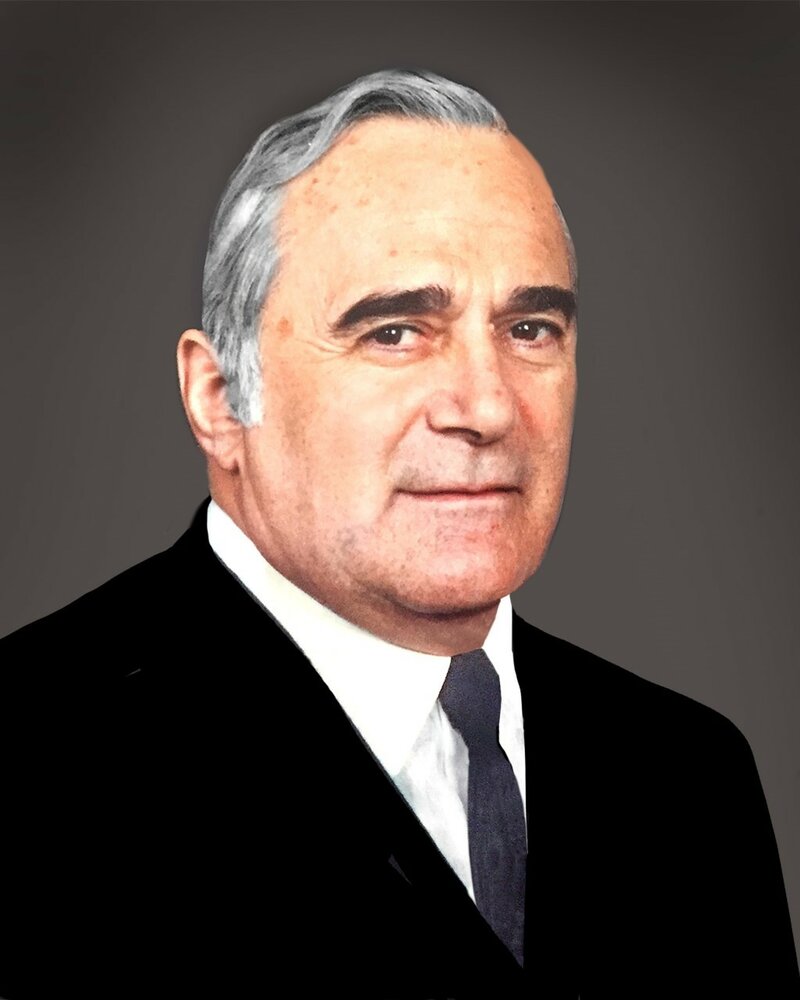 Please share a memory of Wilhelm to include in a keepsake book for family and friends.
View Tribute Book

Passed away quietly at the United Mennonite Home in Vineland on Monday October 31, 2022. Belovedly known as Willi or Bill, Willi leaves behind to mourn, his devoted daughter Marion (Karl), granddaughters Tanya Lubitz (Ciaran), Petra (Jason) Wittig, great grandchildren, Jason (Chelsea) and Jeff Wittig, and Sydnie Fiocca, and his brother Dieter (Waltraud) in Germany along with their families. Predeceased by his wife Hilda (2002), son in law Erhard (Butch) Lubitz (2011), and the love of his life in his later years, Anne Marie Vandenhirz (2014). Willi and Hilda, emigrated to Canada in 1951, making their first home in Leamington Ontario, so he could be close to his childhood friend, Sascha von Chrustschoff in Detroit, MI. Not known to many, Willi was an avid bass fiddle player in his younger years and formed a trio with his best friends, Sascha on saxophone and Heinz Ruehle on accordion. Many weekends were spent strumming the nights away entertaining folks in Windsor and Detroit. Marion, still in Germany, joined Willi and Hilda in Canada in 1952, and the family was together again to forge new lives. The couple were fortunate to find employment with Heinz on the Fruit Farm in Leamington, when first arriving in Canada. Willi seemed to eat far more fruit than he could pick, thus manifesting his lifelong aversion to peaches. Thankfully, after one year, a job opened in his field of expertise and education, Electronics. This brought the young family of immigrants to Toronto, Kitchener and ultimately, settling in St. Catharines where he founded Teletron TV in 1955, furthering his passion and natural gift of fixing anything electronic. Willi (Bill) was known as the serviceman with the dog and his Volkswagen van. Willi remained dedicated to his career, and his gift of repairing electronics well into his retirement. Old customers and acquaintances would regularly seek him out because “Bill” could fix anything, even if the part was no where to be found. In business and daily life, Bill’s quiet nature, natural charm and patient demeanour made him a well-respected man and loved by all those who had the privilege to meet him. After retirement, Willi made it his mission to obtain his HAM radio operator licence. He worked fastidiously to achieve this certification and was never prouder when he was assigned his call letters: VE3SUG. He spent many hours in his retirement monitoring his HAM radio, and his daily shortwave chats with his buddy and lifelong friend, Sascha. Willi lived his retirement years at Heidehof, and later, his final years at United Mennonite Home where he quickly became a staff favourite. His calm, gentle and never complaining ways, made it easy to care for him. His family is truly grateful for the dedication and devotion of the staff of Heidehof Assisted Living and UMH Blossom, who showed him so much care and compassion in these years. In memoriam, contributions can be made to Heidehof or United Mennonite Home in Willi’s name. In keeping with Willi’s wishes, cremation has taken place and a private family interment. ~ The song is ended, but the melody lingers on…~

To plant a beautiful memorial tree in memory of Wilhelm Seelemeyer, please visit our Tree Store

A Memorial Tree was planted for Wilhelm
We are deeply sorry for your loss ~ the staff at Simpler Times Cremation Centre Inc.
Join in honoring their life - plant a memorial tree
Online Memory & Photo Sharing Event
Online Event
About this Event

Look inside to read what others have shared
Family and friends are coming together online to create a special keepsake. Every memory left on the online obituary will be automatically included in this book.
View Tribute Book
Services for Wilhelm Seelemeyer
There are no events scheduled. You can still show your support by planting a tree in memory of Wilhelm Seelemeyer.
Plant a tree in memory of Wilhelm

Share Your Memory of
Wilhelm
Upload Your Memory View All Memories
Be the first to upload a memory!
Share A Memory
Plant a Tree