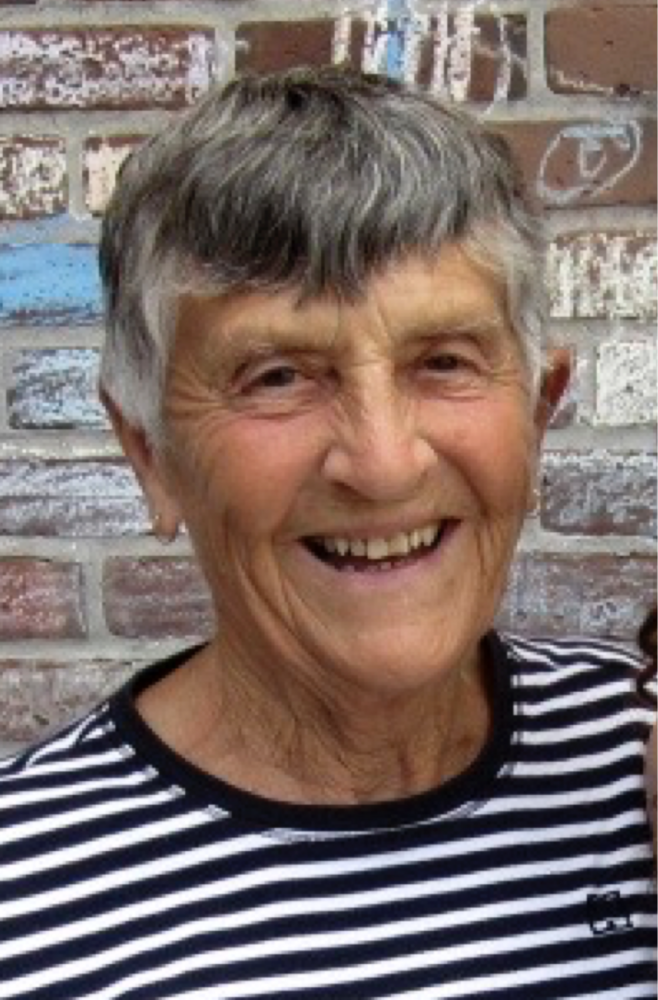 Please share a memory of Myrtle to include in a keepsake book for family and friends.
View Tribute Book

Peacefully and surrounded by her family, Myrtle passed away on Tuesday, September 13, 2022 in her 84th year. Predeceased by her husband Frank in 2020 and by her sister Olive St-Sauveur n 2016, she is survived by her son Nigel (Siobhan), daughter Suzanne (Evan), grandchildren Arielle and Kellan, and sister Norma MacKinnon.

The youngest of three sisters, Myrtle was born in 1938 in Belfast, Northern Ireland where war-effort food rationing remained in place throughout her childhood. Her sense of frugality, puritan work ethic, mental toughness and dedication to the needs of others were imparted to her in a strict Presbyterian household which was always filled with music. Myrtle graduated from The Queen’s University of Belfast and the affiliated Stranmillis Teacher’s College in 1961 with a specialty in teaching music.

In 1959, Myrtle attended the Edinburgh Music Festival where she met a Canadian traveller taking a gap year touring Europe on a scooter. Two summers later, she travelled to Canada to visit her sister Norma who was teaching music in Montreal. She found time for a side-trip to Toronto and married Frank a few weeks later. Her parents sent a telegram which read “Regain your senses and return home immediately.” Myrtle would not return to Belfast until 1964 when she brought along her husband and two-year-old son to the eventual delight of her parents.

Newly married Myrtle and Frank first lived in the Northern Ontario hamlet of Capreol where Myrtle found work as a supply teacher in a one-room school-house in Norman Township teaching grades five through eight. They settled in St. Catharines, Ontario in 1962 where they would remain.

Myrtle’s outgoing nature and generosity provided her a unique ability to find new endeavours and make new friends throughout her life. She could—and did—arrive home with strangers travelling in Niagara to whom she had offered a bed; upon arrival in St. Catharines, Myrtle joined the St. Catharines Symphony Orchestra choir and became the orchestra’s long-tenured music librarian , she took up refereeing basketball and volleyball and became the Niagara Region high school referee scheduler for many years; She quit smoking in 1981 and became an instructor of how-to-quit-smoking classes for the next five years; she worked with the Registrar’s Office at Brock University invigilating exams; she became the Treasurer of the Clear Lake Property Owner’s Association at the family cottage near Bracebridge, Ontario where she could be seen walking the cottage road every day, even after a life-altering accident in 2002. Her threshold for tolerance of physical pain was truly inspiring for all who knew her.

A Celebration of Life for Myrtle and Frank Aplin will take place on Sunday November 20, 2022 at 1p.m. at the St. Catharines Club. In lieu of flowers, please consider a donation to the Nature Conservancy of Canada.

Look inside to read what others have shared
Family and friends are coming together online to create a special keepsake. Every memory left on the online obituary will be automatically included in this book.
View Tribute Book

Share Your Memory of
Myrtle
Upload Your Memory View All Memories
Be the first to upload a memory!
Share A Memory
Plant a Tree