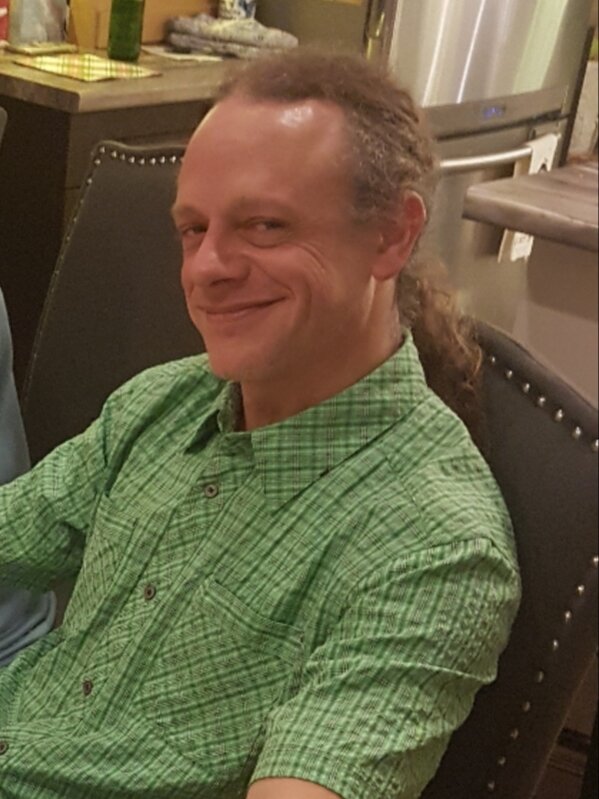 It is with great sadness to announce the passing of our son, brother, uncle, and father. It is with confidence that we believe he is now at peace in the arms of Jesus.

When he was 2, he accompanied his family to the back woods of the Democratic Republic of Congo. Here in the land of eternal summer he enjoyed a care free life. He was the darling of the mission station. His favorite time was swimming in the nearby lake. The Africans called him’ the duck.’ Corey loved learning about the rich African culture. One time when he was about 4, while eating supper with a visiting American MAF pilot, a flying ant landed on the kerosine lantern, he in a completely natural response reached over grabbed it and popped it into his mouth. It was the end of the meal for the guest.

3 years later when we came to Canada on furlough Corey discovered the magic of the light switch. Switch this thing on the wall and the lantern on the ceiling lights up. Was fun to watch.

At age 9 while still in the DRC he developed a herniated bowel obstruction. Because of our location and limited medical facilities. As parents we begged God for healing but concluded by saying “Lord he is Yours, if you must, take him.” There just happened to be an American surgeon available with the right skills to remove the obstruction, and installed a homemade colostomy bag. Later that year his intestines were reattached at the Health Science Center in Winnipeg. We are thankful the Lord gifted Corey to us till now.

At 15 he decided to publicly declare his commitment to Jesus Christ by getting baptized and joining the Niagara Christian Fellowship Chapel.

Later as a young adult he started making choices that dragged him down. At one point running off to Vancouver via California to join the hippy culture, living off odd jobs, making and selling beaded jewelry. Once he hitchhiked home from Edmonton, got to Toronto faster than if he’d taken the bus.

Even though education was not a priority for Corey, he achieved his Red Seal Certificate in cabinetry. He used this skill to create small pieces of furniture and many cutting boards. He enjoyed the simple, non-materialistic aspects of life.

He loved his daughter Cerina. When they were together, he gave his full attention to her. They had a special bond. They loved biking, swimming, doing crafts together, cooking exotic meals and baking yummy cookies.

He will be remembered with love by his parents George and Shirley, his daughter Cerina, his sister Desiree Fox (David), his brother Doug, nephews River Klassen, Zachary Fox, and Rachael Fox. Many uncles, aunts and cousins.

You are invited to an informal open house 2 - 5 pm Wednesday, May 11th, at Cornerstone Community Church, 434 Hunter Rd, NOTL, to remember Corey and share condolences with each other. At 3:30 pm we will pause to hear the reading of the Eulogy and accompanied by some music.

LIVE STREAM LINK: While the eulogy is going on  or  After the Eulogy has finished

To plant a beautiful memorial tree in memory of Corey Klassen, please visit our Tree Store
Wednesday
11
May

Share Your Memory of
Corey
Upload Your Memory View All Memories
Be the first to upload a memory!
Share A Memory
Plant a Tree