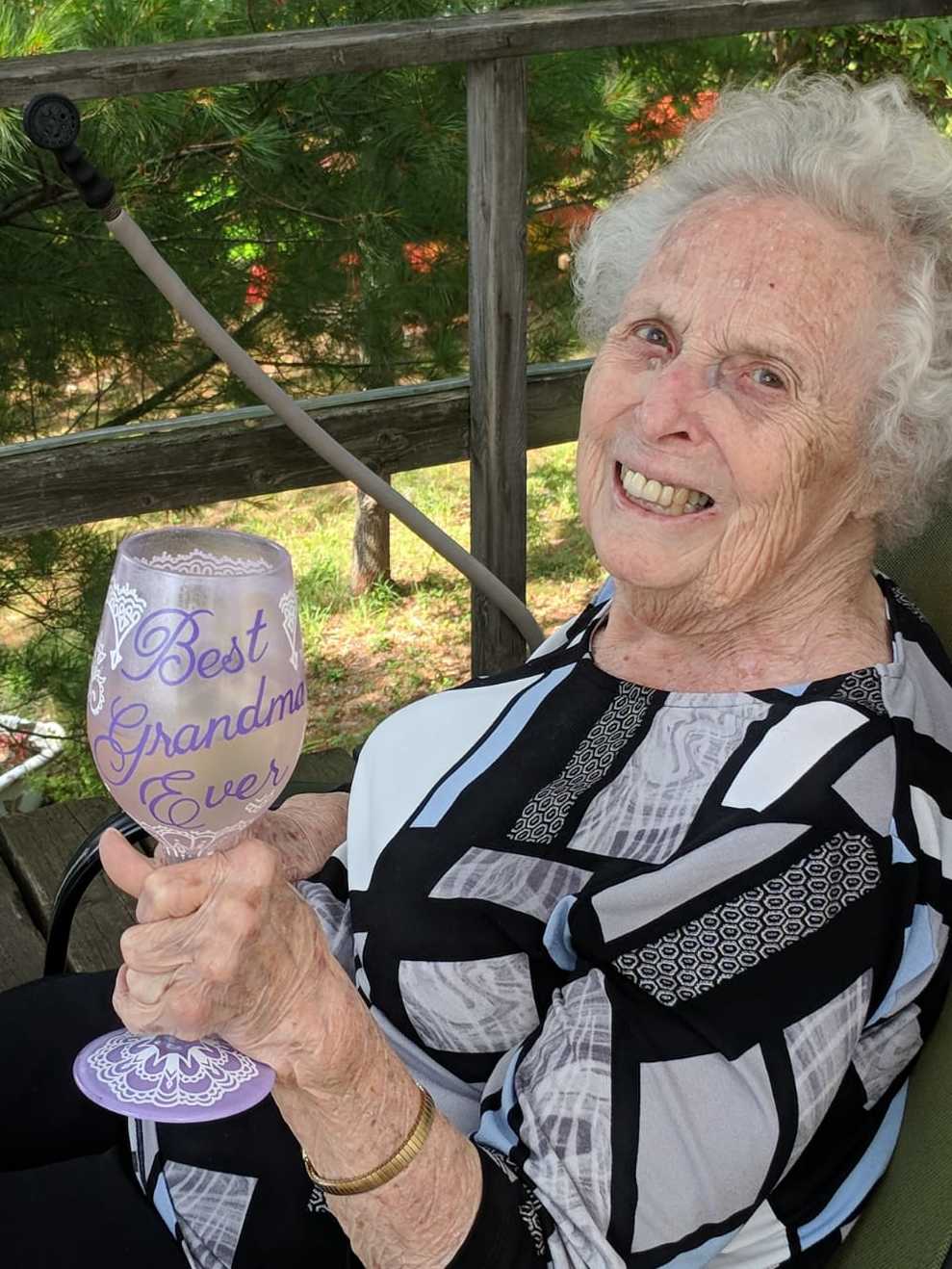 We are very sad to announce the sudden passing, by natural causes, of our mother, Margaret Black Game on January 18th, 2021. Mom had a very long and happy life.

Mom was born in Hamilton Ontario to Roy Arnew and Annie Sim Game in 1925. She was the apple of her father's eye and loved her mother deeply. During the war she was an active War Bond seller and as a teen had been given recognition for her high sales. Raised as a city girl she moved from Ashford Boulevard in Hamilton to Waterdown leaving behind some of her closest friends. After graduating with a Senior Matriculation she went into training (as a Nurse) but this career was not to her liking and she moved to an accounting position with the tax department. When the men came home from the war she was asked to resign her position to make way for the returning heroes. Waterdown was a rural town and she met and married Neil William Goodbrand a local farmer at a dance; one dance lead to a lifetime of dancing together. Her Ashford Boulevard friends followed a similar path: June, Joan and Flora married into the Chappel family and the four city girls became farmers wives. One of Mom's first tasks was to lay on the lunch and dinner meals for the threshing bee. Since she had not cooked as a teen, cooking for 20 hungry men who always expected pies with their meals was a challenge; she baked great pies. Early in their marriage, Mom noticed that Dad was a great farmer and lover but a poor accountant and took over the accounting side of their life. Mom and Dad ran a successful farm with many twists and turns: dairy farmers, hog farmers, market gardener and finally seed distributors for Harris Seeds. During their final stint she added enough French to deal with their many Quebec clients; they must have been loyal.

Mom had six children: Anne, Laurie & David Triggs, Charles & Marlene, Janice, Roy (d. 2017) and a late add-on, Marne & Kevin Laplante. Mom and Dad thought the kids should see something of the world and with the five early kids, in a 1960 Chevy Station Wagon, they carted them (were they crazy?) to Ottawa, Washington and Florida, Rice Lake, Halls Lake and camping trips around Ontario until drowned out one wet rainy night. It was then that with her friend June and her husband Roy Chappel they would build cottages next to each other on the Severn River in 1963. The two families continue to enjoy it to this day. Our corner deck will never be the same. Mom and Dad retired in 1978 and with Marne in tow moved to Florida. They thought it would be a great experience for Marne and, though she debated with them on the issue, she was won over in the end. Mom and Dad's family was fruitful with grandchildren: Cody (d. 2005), Amanda & Livia & Hannah, Tara & Jeremy & Brenna & Nathan, Lucy & Ashley & Colton; and great grandchildren: Henry, Max, Trace, Wyatt, Molly, Harper, Jack, Mia, Josie, Isaac, Jude (d. 2015)), Wyatt, Emerson, Harley and Hayden. She reigned over them all as “Cottage Grandma”. Dad suffered from a debilitating stroke in 1984 and Mom cared for him lovingly until his death in 1997. It was during this time that she travelled to China with her friend June just after Tienanmen Square. When Mom moved to Millgrove with Dad after their marriage he told her that she would have to play Bridge because that is what they did on the farm on long winter nights. She continued to play for 73 years. She had taken up Duplicate Bridge and was usually in the money. Mom was a happy person who appreciated her life. She missed her many friends who had all left sooner. Most especially she missed her sisters Mary and Jeanne. She died gracefully.

She appreciated the care she was given at Tufford Manor who were able to accommodate visits from her family in her final days. In accordance with her wishes, cremation has taken place and memorial donations may be made to the Heart and Stroke Foundation Canada.

To plant a beautiful memorial tree in memory of Margaret Goodbrand, please visit our Tree Store

A Memorial Tree was planted for Margaret
We are deeply sorry for your loss ~ the staff at Simpler Times Cremation Centre Inc.
Join in honoring their life - plant a memorial tree
Services for Margaret Goodbrand
There are no events scheduled. You can still show your support by planting a tree in memory of Margaret Goodbrand.
Plant a tree in memory of Margaret

Share Your Memory of
Margaret
Upload Your Memory View All Memories
Be the first to upload a memory!
Share A Memory
Plant a Tree