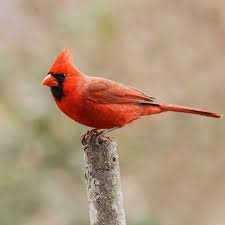 It is with saddened hearts that we the family of Marshall Pomroy announce his peaceful passing on December 17, 2020 at his residence with his family by his side at the age of 98. Beloved husband of the late Grace (Elliott) Pomroy (February 1996).  Cherished father of Beth and David and grandfather to his beloved granddaughter Regan Anderson (Kevin) and his furry companion Pawly.  Dad was born in Toronto where he met the love of his life Grace.  He spent a short time in the Royal Canadian Navy and after the war returned to continue his education. At that time Dad had planned to become an Aeronautical Engineer, but got persuaded to enter teaching, as they were desperate for male teachers after WWII. Teaching was his calling and his passion.  He started in a one room school in Wellesley Ontario then secured a position in Niagara Township at Bethel School, then St. David’s where he was Vice Principal.  Eastwood School was his next school where he spent 15 years as Principal and it was the highlight of his career.  He loved the school and the kids.  After the Seaway announced their plans to widen the canal and appropriate the land, Eastwood School was closed.  Dad then transferred to Victoria School as Principal.  During his time at Victoria, a Christmas Story was filmed.  Dad was a force.  He enjoyed anything electronic and in fact built two computers, a stereo and a colour TV.  He also took up boat building after he retired.

We are thankful for the caring support of the LHIN Care Coordinators Barb Jones and Nora Bridges, the amazing Paramed PSWs Freda, Elizabeth, Armando, John and Stacey and friends too numerous to mention and above all the excellent care from our lifeline, St. Elizabeth Palliative RN Sharlene Perry.

As per Dad’s wishes, he will be cremated and a small private family funeral will be held at a later date.  If you wish to donate in lieu of flowers the family would appreciate donations to the Red Cross, War Amps, or a charity of your choice for animals.

To plant a beautiful memorial tree in memory of Marshall Pomroy, please visit our Tree Store

A Memorial Tree was planted for Marshall
We are deeply sorry for your loss ~ the staff at Simpler Times Cremation Centre Inc.
Join in honoring their life - plant a memorial tree
Services for Marshall Pomroy
There are no events scheduled. You can still show your support by planting a tree in memory of Marshall Pomroy.
Plant a tree in memory of Marshall

Share Your Memory of
Marshall
Upload Your Memory View All Memories
Be the first to upload a memory!
Share A Memory
Plant a Tree